The art of conversation with Andrew Millar 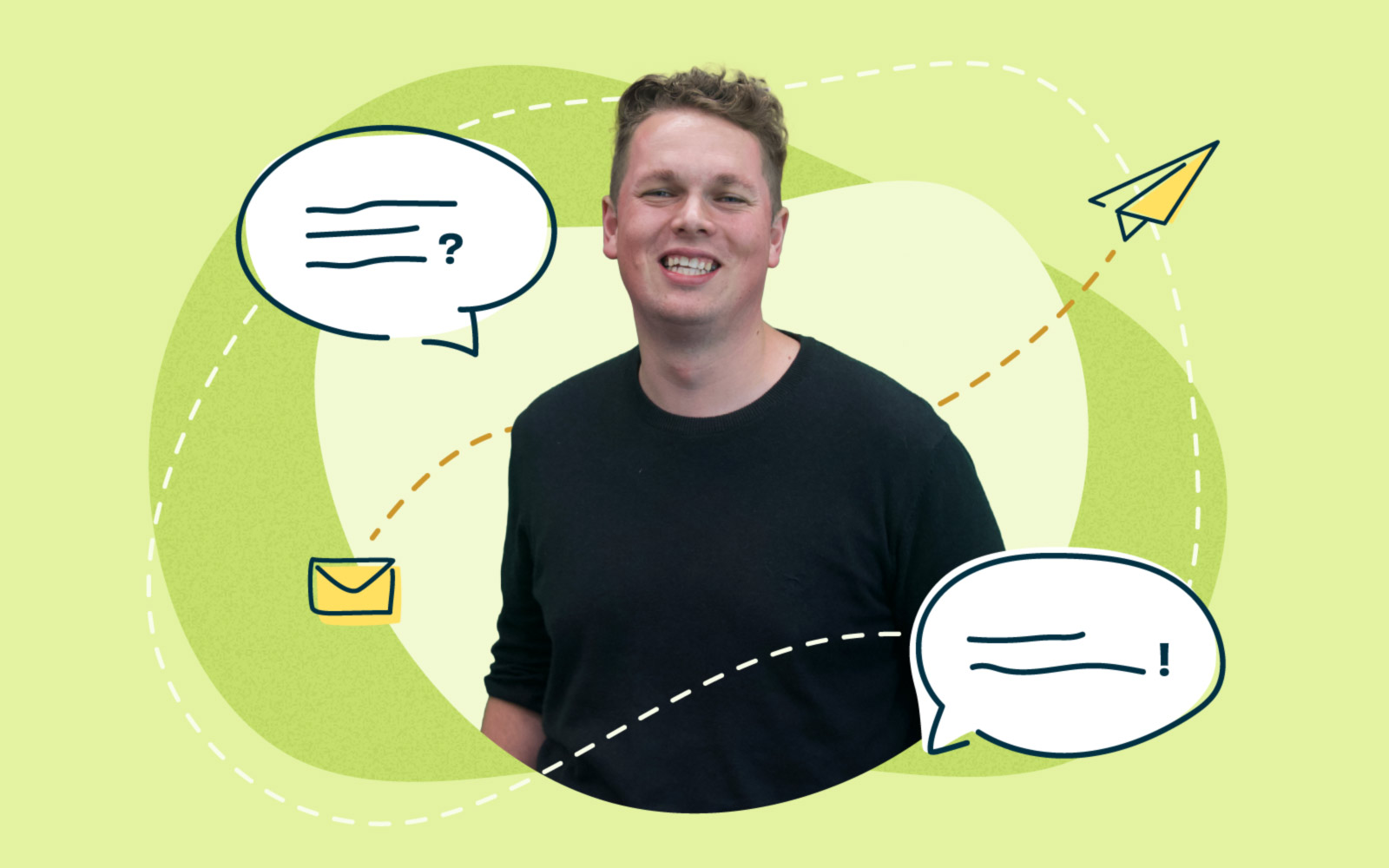 Andrew Millar is a digital designer by trade and ardent UX advocate by day, as Head of Design at Optimal Workshop. We talk to him about the design challenge of keeping it human in the face of voice-enabled technologies that have created the likes of Siri and Alexa.

How did you get involved in the world of UX?

I’ve always loved designing things for other people. Even when I was young I enjoyed making things and experiences rather than pretty pictures. As a digital designer, it’s always been about the experiences. Like making games or designing mobile apps. I get a real kick out of seeing people use them and interact with them. Seeing a complete stranger on the train using something you designed is super cool to me.

UX means different things to different people. What’s it mean to you?

How do we do our best to understand the people we’re designing for? What are their challenges? What do they find hard in their day-to-day life and how can we help those things?

Yes, we can go away and create some beautiful graphics and animations to make it really pretty but if we can actually save people time, or make their lives easier by adding real value, that’s the heart of UX for me.

Conversational UX is an emerging area – what is it and what kind of impact is it having?

In really simple terms, think of the types of voice-enabled assistants that exist like Siri or Alexa – there’s still a user experience that needs to be designed for those voice conversations. The same with a chatbot using a platform like Intercom. They’re all conversational experiences. The thing is, they don’t happen by magic. There’s a whole lot of design that goes on behind the scenes.

Sometimes we might traditionally think of design as what’s the visual interface – what’s it going to look like. But with conversational UX it’s all invisible, yet you still have to design how that experience is going to work. That’s where information design is so crucial for these conversational experiences because they’re invisible – there is no visual interface right.

Invisible?! Does this spell the end of traditional UX designers and their craft?

Not at all! A traditional UX designer’s role is often figuring out how to display information in a way that is intuitive and clear to understand. And that’s the exact same process you’re going to need to do to design a conversational user experience, but now there’s just no screen. At the heart of it all is still information architecture, designing how this information is going to be displayed or presented to an audience or a user.

With a visual interface you give them a remit, here’s the button, here are the options you can choose from and we know you’re going to choose one of these, but if you give someone the opportunity to type or say anything, you don’t know what they’re going to say and that’s quite interesting!

How are we going to organize prompts and how do we order and structure that information in a way that’s intuitive even if there’s no visual indicator to support that?

Just like we have people designing websites and apps, there’s going to be a need for people who can design for invisible voice interfaces or chatbots and that’s quite exciting for sure.

Interesting but also incredibly challenging – as a designer where do you start?

As UXers we’re used to thinking about context – things like are your users out and about in public or at home? Some people might be uncomfortable about saying some things out loud for instance.

Another thing to consider is time. Most people want to save time so how do you return information quickly? And if it’s taking time, how do you represent that when there’s no visual indicator to say information is loading – just potentially dead air. There is no standard way of filling that void and providing the level of comfort that something’s happening yet. That’s something I’d love to see someone solve.

Conversational UX is still an emerging field. What’s the future look like?

From a consumer point of view, it’s become more normal to have a voice-assisted system in your house. For some people it’s already a part of their everyday life, whether it’s ordering a cup of coffee or turning on the radio in the morning. Last year there were around 4 billion devices around the world that were voice-enabled. By 2024 predictions, it’s going to be double that. It’ll be interesting to see how consumers and services are going to embrace that.

There’s already an incredible amount of data and information available to consumers today. How do you design structures and systems that will help organize that information in a way that makes sense? Especially if there is no screen to help prompt a user?

As designers, I think the focus will be on the way people think about information as opposed to just how they visually see it.

Where’s the greatest opportunity for making a difference to consumers?

Whenever people think about improving systems to be more accessible there are always benefits beyond just those people as well. There’s so much evidence of this. By designing information in this way that doesn’t have a visual interface we will naturally see improvements to the visual interface as well. Simply by having to think differently.

Will it be a case of everyone jumping on the bandwagon?

I’m interested to see how brands and services start adopting voice-enabled technologies. Just like 10 years ago when mobile apps became a more of a thing – brands were like I’ve got a website do I need a mobile app? Then there was a moment like hang on – there are millions of people who have these phones in their pockets why aren’t we talking to them?

That’s pretty interesting for me, when that groundswell tips and services think actually we have to be part of this, otherwise, we’ll miss out. And I think that’s really exciting from a designer’s point of view.

Last thoughts about conversational UX. Is there a single challenge you’d love to tackle in this space?

I think there is a social norm side to this – is it normal for me to step into an elevator with five other people and send a text to my mum by voice?

I recently rewatched the movie ‘Her’ which was released in 2013 and is all about a world of voice-assisted technology with everyone having conversations to their phone or assistant. As movies do, the technology is pushed to an extreme scenario, but it does make you stop and think. Just because we can build a voice interaction that allows someone to order pajamas while on the train ride home, doesn’t mean they are going to want to! I’d say the challenge is more making sure the technology is used in the right way, in the right place using the right context.

Do the research and see if the voice solution helps improve a person’s experience as opposed to just making it because the technology lets you. At the end of the day, it’s still all about the human at the heart of the experience.

Hear more from Andrew when he and Q Walker spoke about conversational UX at UX New Zealand in 2020.

Kay is Optimal Workshop's Content Marketing Manager and Editor of CRUX. A storyteller at heart, if she's not busy whipping up some fresh content you'll find her searching far and wide for the next big idea.

How to test mobile apps with Chalkmark

Mobile app testing before, during and beyond the design process is essential to ensuring product success.

Regardless of how you end up tackling your market research, applying the agile principles can have a powerful influence over your approach