Ross speaks! A five minute chat with one of our developers 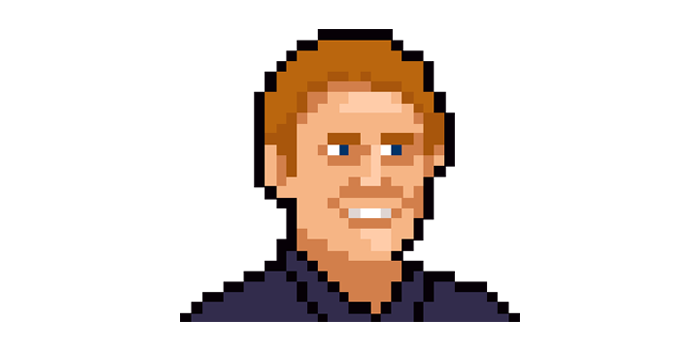 Welcome to the picnic room! And thanks for agreeing to feature in this piece.

Now, I’d like to start by asking you about your experience with computers growing up.

I remember being around computers from an early age. Probably my earliest memories would be playing a game called Golden Axe with my siblings on our old 286. When I was about 13 I started getting old computers from school, pulling them apart and piecing them together to get the most hard disc space and the most memory. From then on I always bought by own parts and designed my own computers, depending on what I wanted to use them for. It was usually for games, to be fair.

And when did this interest tip over into programming?

It was the classic 90s chatrooms that got me first writing scripts and programming. I’d say I spent more time in those chatrooms than I ought to have, but lots of people did back then because it was so new…

Ha, they were pretty savoury environments actually. I met people who were into programming and web development, and I started writing scripts for an internet relay chat client called mIRC. Others had written connector scripts that allowed you to join MSN chatrooms from mIRC, and I pulled bits and pieces from what they’d done and built my own clients, and wrote scripts for things like trivia questions, with scoring and leaderboards. It was fun.

Do you remember the first thing you ever looked up on the web?

Hmmm… Probably how to connect to Battle.Net to play Diablo with other people. It was a dial-up connection, of course, and I had no idea what it was doing, connecting to this mysterious internet.

I remember having to write down the amount of time I had spent on the internet in a little log book that my parents had. At that stage we were paying per minute of internet connectivity, so when my parents received the bill each of us would pay for what we’d used out of pocket money or our paper round wage.

That’s crazy, I remember that. So did you get straight into Computer Science at university?

Actually, no. When I first enrolled I was doing a Bachelor of Science majoring in Chemistry and Physics…

Oh wow, I didn’t know that about you.

Yeah, my father was a pharmacist and my two older brothers had done chemistry degrees, so I thought I’d follow them into it. But it was physics that really fascinated me, it still does. It just turned out that I wasn’t very good at either of them. So not long after I enrolled I changed to a Bachelor of Science majoring in Computer Science.

And did you love it?

Umm..I enjoyed it. Before I went to university, I was adamant I didn’t want to pursue it as a career. Building computers and hacking away on scripts was fun, and I thought it might lose its appeal if I did it full-time. When the door was closing on the other degree I thought ‘Well, this is something I do have a knack for, maybe I should have a go at it.’ And yeah, I enjoyed it and still do.

So what do and don’t you love about programming?

I love creating things and playing with ideas and using different techniques to achieve different things. I made things out of wood when I was younger, like tables and skateboard ramps, and I brew beer; in this same way, I love using software to build new features or tools. When I was at university I set up a platform for internet sharing at my hostel. I paid for a phone line and an unlimited data connection, and I set up a server that monitored the traffic that came in and out. I’ve started lots of projects like this over the years, most of them unfinished.

Working at a place like Optimal Workshop is great and we get a good licence to be creative. When someone comes to you with a problem they’re looking for a solution to, and you’re able to build or make a solution for them, that’s pretty satisfying. Especially when you hear back from them, and they’re like ‘That’s amazing, you’ve blown our expectations out of the water’

The sedentary aspect of working with computers is the only thing that gets me. Even standing in one spot for a day at standup desk is quite taxing. I’d like to be more out and about, running around getting things done.

And what do you love about working for Optimal Workshop?

I’ve enjoyed watching the company grow since I started here almost five years ago. We have a great space, with plenty of room and whatever new tech we need. We hold events, go out for beers, play darts…

There’s definitely a piece of my soul squirrelled away inside the application. It’s great building and perfecting products that people love using, and yeah, I’m passionate about what our tools can do for people. And the staff are cool too, of course.

Well, that goes without saying, because I’m here. And to finish, what motto do you live by?

Measure once, cut twice. Haha nah, that’s not it. Don’t write that.

(8-bit Ross comes courtesy of our designer Matt — You’ll be hearing from him in this series as well. Keep an eye out.)

Looking back on 2018 with Andrew Mayfield, CEO

Here’s all you need to know about what’s been going on at Optimal Workshop in 2018.

Optimal Workshop on the road: How we’ve made it work remotely

Like many companies, at Optimal Workshop we offer flexible hours and the option to work from home on occasion.

Say hello to our new look

Today we’re launching a new look for Optimal Workshop. Here, we’ll share why we made this change and where you’re going to see the biggest changes.