Design in the Iron Cage: Part I 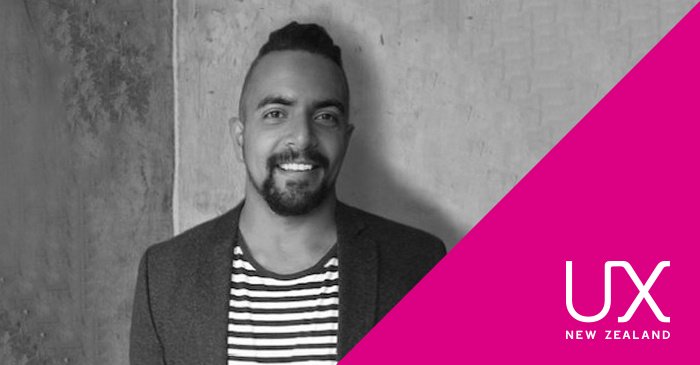 Michael Palmyre is a human-centred researcher and designer at Tobias, working across government, health, finance and superannuation sectors. During his talk at UX New Zealand 2017, Michael will discuss if and how we are using design to make the world a more valuable place. Here, he shares his thoughts on design and the concept of the ‘Iron Cage’.

Your actions as a designer are political acts. What you design embodies the politics of the organization, your government and your culture.

But it’s more than that: Design is propaganda.

You, designer, are a propagandist.

You propagate the worldview of the corporate you design for. You disseminate the agenda of the government you work for. Through design, you engage in a project of cultural imperialism that helps make profit-first strategies  —  that always seem to benefit the wealthy and powerful  —  the dominant cultural order.

These mechanisms are largely invisible and, quite simply, make sense to most of us. You find it in the way you work, the way your design can be used, the way it’s marketed, the way it encourages engagement, or the way your design changes someone’s behavior, future, relationships and dreams. But it’s also deeply embedded in the ways we consume, how we conceptualize ‘progress’, how we frame problems and assess the value of solutions, and how we see the very essence of our freedom and humanity.

The cost of perpetuating this ideology is immense, to the point that it threatens our species and the planet.

So, what ideology is it that you propagate, exactly?

We tend to think of ideology as being the overt ideas that people march in the street about. Things like nazism. Fascism. Socialism. Nationalism.

But what about rationalism?

Max Weber saw four types of rationalism — though rationalism was not limited to these kinds:

We like to think that we are zweckrational, but we really align to all of these kinds of rationalism. Weber saw us becoming dominated by rationalizing according to certain principles and frameworks, some of which he saw as being the capitalist market, scientific inquiry, industrial production and the perpetuation of bureaucratic structures.

These activities ultimately arose out of a drive to rationalize according to economic reason. ‘Economic’ can relate to something like a fiscal exchange — that is, paying for goods and services, and economic operation to create profit — but it also means becoming more efficient by using fewer resources and costing less money, that is: economizing.

The way we we rationalize today — designers, as organizations, and as a culture — is inherently economic. This kind of rationalism embodies the four types that Weber spoke of:

Modern western society operates on the idea that  —  as C. Wright Mills put it   — increased rationality is “the prime condition of increased freedom”.

We think that calculated and efficient behavior inherently leads to greater freedom. We think that it embodies a progressive force that makes the world a better, more just place.

But, for some reason, we don’t really think of this as being an ideology.

The thing with ideology is that we tend to think of the one we subscribe to as natural; it is unseen and unarticulated because it is embedded in our everyday lives, symbols and structures.

Rational approaches deal with concrete facts, numbers and things that can be calculated and programmed. The easiest way to ‘calculate’ is to deal with what can be quantified – and so we rationalize in economic terms and dismiss the mess of social life, ecology and wicked problems.

Being economically rational has become a cultural activity. We engage in it habitually, we perform it without deliberation.

Rationalism is only logical insofar as the logic we use to rationalize our activity is reasonable  —  and that’s where we’ve lost the plot.

This is, in part, because it’s hard to measure (and even conceive of) the cost and impact beyond what we are immediately working on.

But it’s also because dividing people up to work on small parts of a larger activity can be an efficient way to produce. It’s an industrial model that has led to increased production, but it is also an alienating and blindly dangerous activity.

It makes it so that we are — to quote Mills once again  — “caught in the limited milieux” of everyday life and unable to “reason about the great structures” of which our “milieux are subordinate parts”.

The cost of rationalism

We think of rationalism as being a good thing  —  so how might it be bad?

The way design is rationalized can communicate toxic messages and have horrible  —  and often hidden  —  consequences:

So why do these things occur? It costs too much money to solve for those problems. It doesn’t make business sense to spend money on things that aren’t the most efficient paths to large scale solutions and profit-creation. You’ve got to go for the high impact, high value opportunity. It’s easy to have a design win if you only focus on a sliver and ignore the larger complexity; a complexity that never seems to get addressed. All of the above examples describe how the most efficient, rational solution can come at great social and ecological cost.

How we perceive a solution to be the most rational is ultimately based on how problems are articulated and how solutions are valued. If problems and solutions are only rationalized in economic terms, then it will never be rational to solve for disadvantaged minorities or to address ecological sustainability. Compromising profit to deliver social value will never be economically rational under capitalism, because its core project is to increase profit.

Economic reason shapes your operational framework as a designer. How you work, what you produce, what you prioritize all align to the core objectives of rationalism and efficiency, meaning you work damn hard to create great amounts of largely meaningless value.

You focus on the process, but are ultimately disconnected from the final outcome, cost, benefit or purpose  —  if one even exists. Everything you work on, everything you produce, even what you value as an individual, propagates and perpetuates this empty and destructive ideology.

You carry out functional, rational tasks accurately and efficiently without realising that your job is actually a small part in the process of making an atomic bomb.

And it is by being embedded in this very process  —  fetishising the process itself  —  that we become disconnected from the greater purpose and impact of our work. This makes it far too easy to engage in unethical behavior and contribute to epic catastrophes, and for no one in particular to be responsible. No one in the project team is looking at the bigger picture or beyond the neat, measured and immediate components of our projects.

The culture of design is the design of culture, and it traps us in a cycle of mundane but destructive repetition.

Most of us struggle to see how our work would contribute to the making of an atomic bomb — until we see this culture as the bomb, and us as the moving parts.

Anthropologist Paul Stoller sees our current crises as a sign for ‘life course correction’, and suggests that we need ‘a reset of our social and economic systems’ to allow for the slow reestablishing of human connection and spaces of harmony.

The culture of speed ensures disharmony, disconnection and mindlessness.

We need a design turn. And it’s going to take a cultural shift to make it part of everyday praxis. For meaningful change in design, we need cultural change.

We need to ask ourselves why we do what we do as designers, and as a culture. We need to assess the meaning of our work, and the broader cost and purpose of our societies. And we need to work to change those narratives and practices.

This involves asking some critical questions: What do you work hard to achieve? What is your organization manifesting in the world, in real terms, not just its intentions or how it wants to appear as a brand? In designing rational and efficient solutions, are you actually enabling a deeper, bigger problem?

In part two, I’ll continue to paint a picture of where we stand in all of this. I’ll discuss some of the large scale problems we’re contributing to with a specific focus on growth, technologization, efficiency and sustainability. And, finally, I’ll put forward some ideas on how we might begin to address the madness of economic reason.

If you’d like to hear what Michael has to say about using design to make the world a more valuable place, plus a bunch of other cool UX-related talks, head along to UX New Zealand 2017 hosted by Optimal Workshop. The conference runs from 11-13 October including a day of fantastic workshops, and you can get your tickets here. Got a burning question you’d like to ask Michael before the conference? You can tweet him here: @michaelpalmyre

When to go guerilla with recruiting

Many have latched on to guerilla research as the only way to do UX research, but what is it?

You know you’re not collaborating when…

Ruth Keiry of PwC shares her thoughts on collaboration.

Why information architecture is important for designers

Sitting inside any beautifully crafted and designed digital product, there must be a fully functional and considered information architecture. As much as information architecture shouldn’t be developed in a vacuum. Neither should the design and look of digital products. In fact, a large proportion of the function of digital designers is devoted to supporting users... View Article