“Could I A/B test two content structures with Treejack?!” 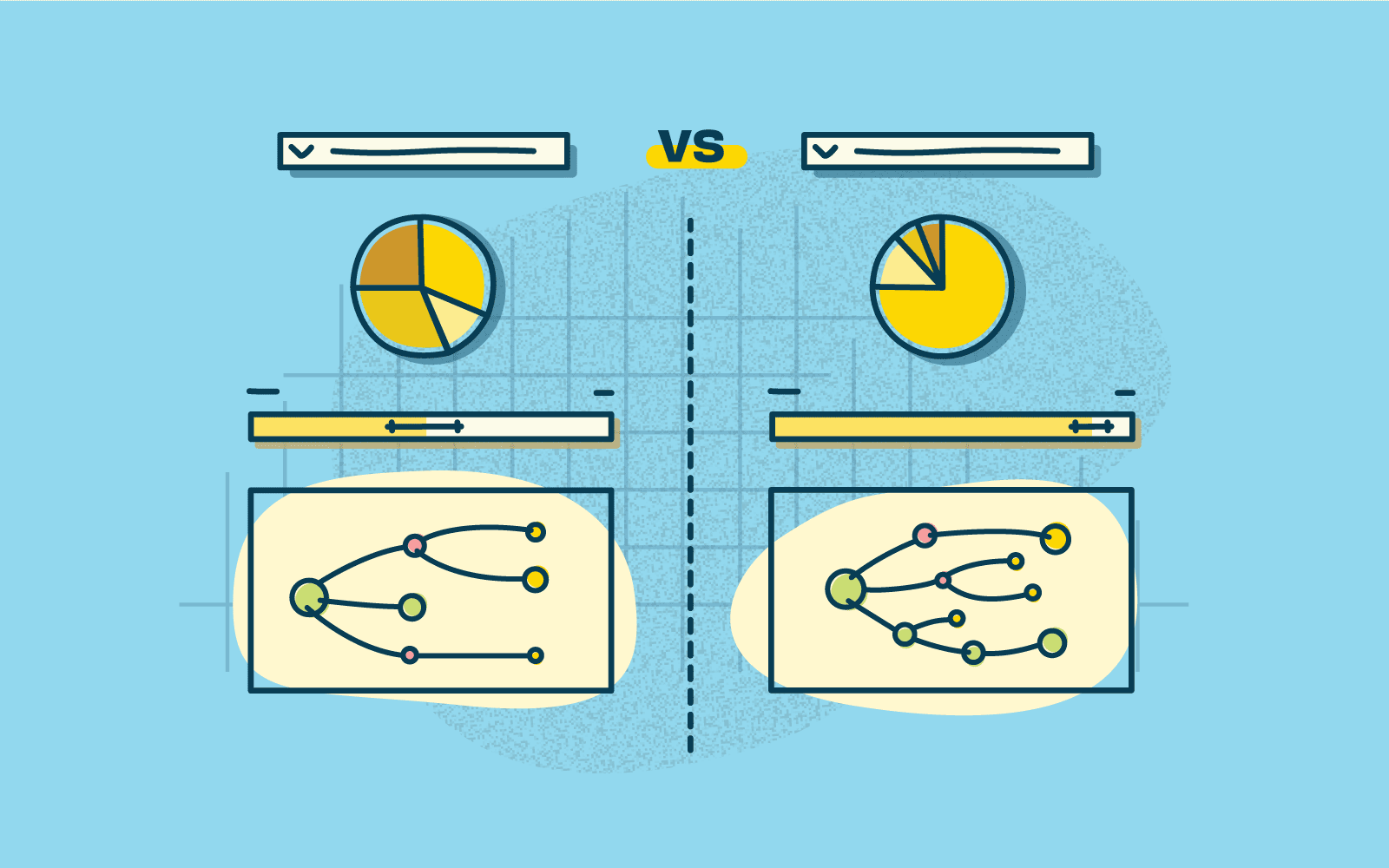 I have two huge content structures I would like to A/B test. Do you think Treejack would be appropriate?”

Firstly, yes, Treejack is great for testing more than one content structure. It’s easy to run two separate Treejack studies — even more than two. It’ll help you decide which structure you and your team should run with, and it won’t take you long to set them up.

When you’re creating the two tree tests with your two different content structures, include the same tasks in both tests. Using the same tasks will give an accurate measure of which structure performs best. I’ve done it before and I found that the visual presentation of the results — especially the detailed path analysis pietrees — made it really easy to compare Test A with Test B.

Plus (and this is a big plus), if you need to convince stakeholders or teammates of which structure is the most effective, you can’t go past quantitative data, especially when its presented clearly — it’s hard to argue with hard evidence!

Here’s two example of the kinds of results visualizations you could compare in your A/B test: the pietree, which shows correct and incorrect paths, and where people ended up:

And the overall Task result, which breaks down success and directness scores, and has plenty of information worth comparing between two tests:

Keep in mind that running an A/B tree test will affect how you recruit participants — it may not be the best idea to have the same participants complete both tests in one go. But it’s an easy fix — you could either recruit two different groups from the same demographic, or test one group and have a gap (of at least a day) between the two tests.

I’ve one more quick question: why are your two content structures ‘huge’?

I understand that sometimes these things are unavoidable — you potentially work for a government organization, or a university, and you have to include all of the things. But if not, and if you haven’t already, you could run an open card sort to come up with another structure to test (think of it as an A/B/C test!), and to confirm that the categories you’re proposing work for people.

You could even run a closed card sort to establish which content is more important to people than others (your categories could go from ‘Very important’ to ‘Unimportant’, or ‘Use everyday’ to ‘Never use’, for example). You might be able to make your content structure a bit smaller, and still keep its usefulness. Just a thought… and of course, you could try to get this information from your analytics (if available) but just be cautious of this because of course analytics can only tell you what people did and not what they wanted to do.

All the best Mike!

We all know that building a robust information architecture (IA) can make or break your product. And getting it right can rely on robust user research. Especially when it comes to creating human-centered, intuitive products that deliver outstanding user experiences. But what are the best methods to test your information architecture? To make sure that... View Article

Planning a tree test: Part I

It's tempting to just dive into tree testing – but here's what you should consider first.

With the theme of World Usability Day 2013 being healthcare, we thought this would be a good opportunity to test the WHO website.