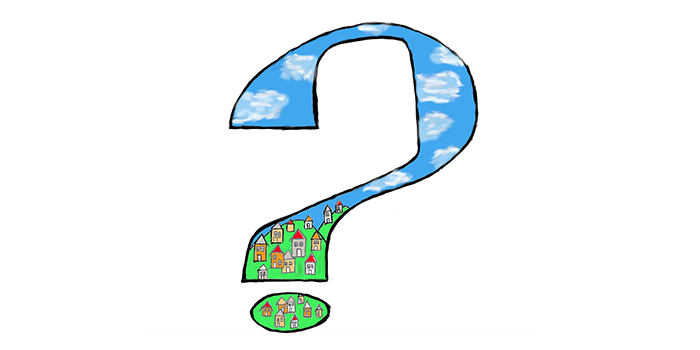 About six months ago, I came across an interesting question on Stack Exchange headlined ‘Should you concede to user demands that are clearly inferior?’

It stuck in my mind because the question in itself is complex, and contains a few complicated assumptions.

In the world of user experience research and design, the users needs and wants are paramount. Dollars and hours are spent poring through data and interviewing and collating information into a cohesive explanation of what works and what doesn’t for users. Designs are based on how users intuitively interact with products and websites. Organisations respond to suggestions that come through on support and on Twitter, and if a significant numbers of users want a particular change, chances are those organisations will act.

But the question itself throws this most sacred of stances up in the air, because it contains the phrase ‘user demands that are clearly inferior‘. Now, that is a loaded statement.

How the good reconcile the existence of the bad

I imagine it’s sometimes hard for designers to get rid of the feeling that they know best. As a writer, I know what I like and don’t like. I ‘know’ good writing from bad, and I have strong opinions about books and articles that aren’t worth the pages or bandwidth it takes to publish them. But this stance often puts me in conflict with the huge amount of empirical evidence that certain writing I disdain is actually ‘good’: and that evidence is readers. For Fifty Shades of Lame, it’s millions of them. Aggghh!

In the same way, I’ve never met a designer who didn’t have strong opinions about what they adore and deplore in their own art forms. And I wonder how tough it sometimes is to implement changes that to a designers mind make no sense.

Do any of you UX designers out there ever secretly think, when you discover what users are asking for, ‘these people have no taste, they don’t know what they want, how ridiculous!’? Is there a secret current of despair and frustration at user ignorance running deep and unspoken through the river of design?

The main views from the Stack Exchange discussion

On Stack Exchange, Matt described how he and his team implemented a single treeview (75 items) with a scroll wheel, and because it was an internal change, they were  able to get quick feedback from existing users. The feedback wasn’t positive, and many people wanted the change to be reversed.

He explains: ‘To my mind, the way we redeveloped it is unambiguously better. But the user base was equally emphatic in rejecting it. So today, to the complaints of my fellow team members, I removed our new implementation and set it to work in the manner the users were used to.’

He then goes on to ask ‘What was the right course of action here? Is there a point at which the user’s fear of change becomes an important UX consideration in its own right?’

The responses are varied and fascinating, and can be roughly broken into three camps.

So where do we stand?

We would argue that people aren’t ‘change-averse’, but ‘confusion/discomfort/inefficiency-averse’ People want easier ways of doing things. So if by changing a feature you mess up a person’s workflow, then potentially you didn’t do your research. If you look closely at the behavior of users — how people actually interact with a particular aspect of your design, rather than just hearing their opinions — then you’ll be able to base your design on empirical evidence.

So we (roughly) come down on the side of the people who use the product. If they want to get something done, and they want to do that in a particular way, then they have right of way. It’s your job not to serve your tastes, but to give people the experience you promise them.

And to the author of Fifty Shades of Grey, I say, ‘Good on you EL James. You gave them what they wanted.’

What do you think?

How to get started with customer journey mapping

Learn about one of the most popular tools for UX professionals - the customer journey map.

Designing for a mobile app is quite different to designing for websites. The content may be similar (even the same) but the intent for users is likely to be different, as are the environments and occasions they use them. When designing for mobile the information architecture (IA) uses a different set of rules. The key... View Article